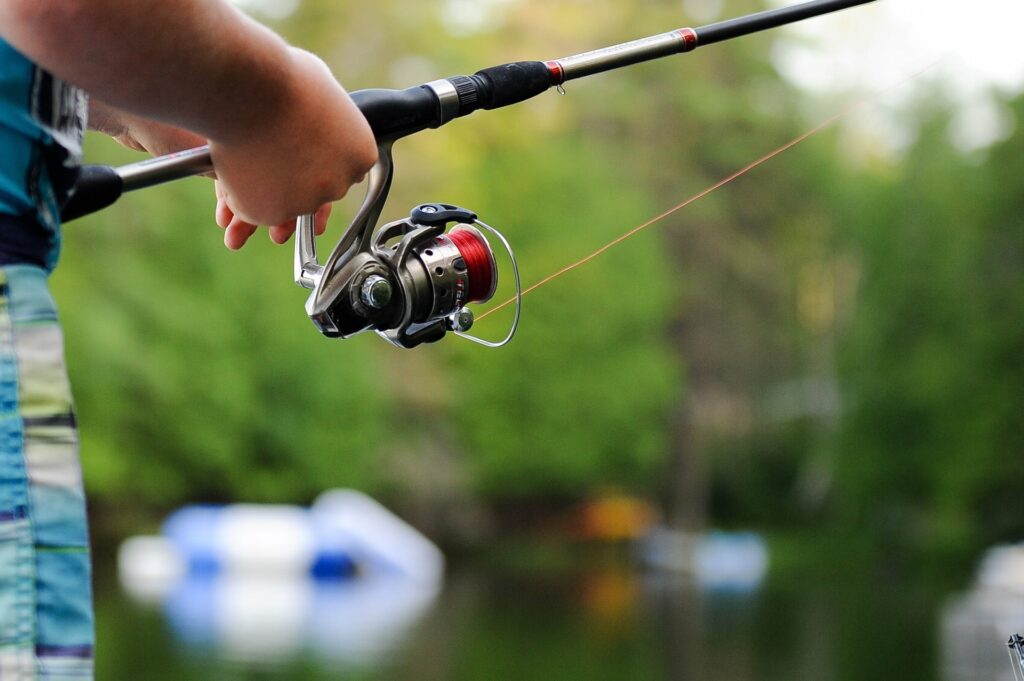 Looking for a great fishing spot in less than an hour of drive from Winnipeg? We have comprised a list of the top 5 fishing spots near Winnipeg.

Although the city Winnipeg sits on the confluence of 2 rivers, The Red River and its tributary The Assiniboine River, and has some nice fishing spots within it, a lot of Winnipeggers like to do their fishing out of town.

Luckily, Winnipeg has several lakes in its proximity, and there are plenty of out-of-town fishing spots just an hour away from the city.

You can find both Lake Winnipeg and Lake Manitoba less than an hour away from the northern parts of Winnipeg, or even try your luck with spots on The Red River that are out of urban Winnipeg.

Under 20 KM north of Winnipeg’s perimeter highway lies the small community of Lockport. The community comfortably sits on the western bank of The Red River and is a very popular fishing destination for the people of Winnipeg who like to get out of the city.

Although still on The Red River, just like spots within Winnipeg, the fact that this spot is in a rural area makes it a nicer spot to catch your Catfish.

Since this is quite a popular spot, it might get crowded sometimes, but it sure worth the short drive up there.

You can also find some nice places to grab a bite around the Hwy 44 bridge, on both side of The Red River.

Check out our list of top 5 Fishing Gadgets in 2022

Just another 15 more minutes of drive pass Lockport you’ll find yourself in the small town of Selkirk. Still on the banks of The Red River, Selkirk is known to be a great spot for fishing in Manitoba, and it is extremely popular.

Although you can fish from every non-private piece of shore along the river, many love to camp their gear in Selkirk Park. This somewhat peninsula is a great place to catch a Cat or Bass.

The fact that this spot is close to a big town (in Manitoban terms) will help you find some essentials nearby. You could also find some decent eateries by the 204 bridge and Selkirk’s Main street.

When it comes to fishing in The Red River, the northern you go, and closer you get to Lake Winnipeg, the better.

A little over 40 KM away from Winnipeg’s perimeter you’ll get to Breezy Point. You’ll have The Red River to your east and Goldeye Lake to your west. In that point you can find about 2 KM of easy access to the shore of The Red River, with several dirt roads that can lead your car as close to the river as possible.

Although already liked by many Winnipeggers, the relative distance from town makes a nice and too packed fishing destination, in under an hour drive from Winnipeg.

The presence of trees and bushes along the shore might even let you feel that you’re fishing all by yourself.

Although compelling, fishing in the great lakes is sometimes trickier than fishing in rivers. Some might argue that fishing in The Red River, just before it pours into Lake Winnipeg is even better than travelling a few more KM up north.

If you’ve decided that Lake Winnipeg is your spot for the day, we strongly suggest you do it in Balsam Bay on the south-eastern bank of the lake.

You can usually find Yellow Perch, Walleye and Burbot in that spot.

If you’re up for a drive to one of Manitoba’s most popular (and vast) provincial parks, Falcon Lake at Whiteshell Provincial Park is your destination.

This beautiful lake, just off of the Trans-Canada highway is home to the Smallmouth Bass and the Northern Pike.

This fishing destination is perfect for a long weekend of travelling in the park, and if you’re up for a day trip to the lake make sure that the 2 hours drive back and forth doesn’t scare you.

Although many people like to bring a boat to the lake and fish from it, shore-fishing is also popular at the lake. We recommend fishing from the south-western shore of the lake, and it is also quite a popular spot by many. If you’d like to get a little more secluded, you can travel east and find some nice spots.

We know that every Winnipeg fisher has his own special spot, but if you’d like to explore Winnipeg’s surroundings and maybe find some new places, give our list a shot.

The abundance of lakes and rivers in Manitoba, and especially around Winnipeg, gives you endless possibilities and spots to find your perfect fishing destination.

Don’t want to drive so far from Winnipeg to find the perfect fishing spot? Take a look at our list of best fishing spots in Winnipeg.